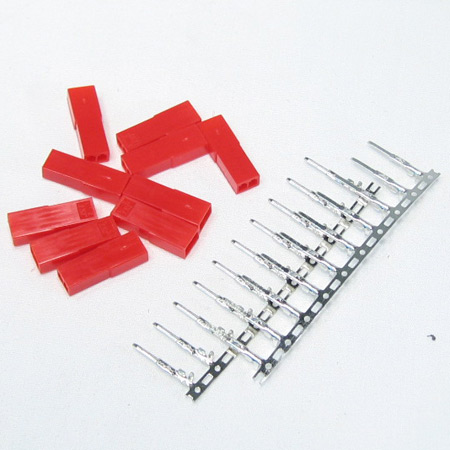 Female JST Connector - 10 Pack $4.95
Back to products
Next product 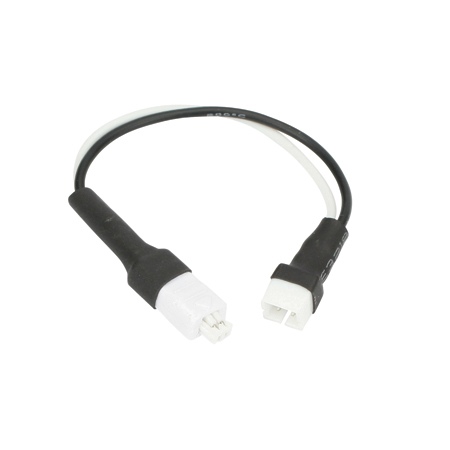 The all new MiG-15 is as highly detailed as its predecessor, all silver but much more prefabricated. The kit is complete with thrust tube and all hardware. A scale landing gear and a conformal Kevlar fuel tank are available as accessories.

Oldies are Goldies. The CARF MiG-15 is a museum scale model jet. The authentic outline and detailed surface structure and finish make the plane unreachable. Due to its impressive size the CARF MiG-15’s flying characteristics are unreachable. We don’t believe that there is any other “Golden Age” jet on the market, which has this kind of scale appearance in the air. The best thing is that this plane can be flown with any 22 lb (100 N) thrust turbine and you will not feel the need for more. Still, you will fly half throttle most of the time.

Over time, the 10-year-old kit has developed some shortcomings, which caused us to think about a complete refurbishing into today’s CARF standards. Increased prefabrication, design changes for turbine position, main fuselage hatch and landing gear mount make it overall a much better kit, representing CARF’s level of quality and perfection.
Features

The all new CARF-Models MiG-15 has been significantly upgraded over the orginal version in the following areas:

The old one-piece hatch has been replaced by a 3-part hatch, one of which gets permanently glued on. This increases strength and accessibility to the built in equipment.
The canopy has been separated from the front part of the hatch, so that a cockpit installation gets easier and a sliding canopy becomes an option.
The turbine has been moved forward by considerable 30 cm (12″). This gurantees that no balance lead is required to obtain the correct CG. Thus the plane becomes lighter and will be guaranteed below the 13.5 kg limit of the Jet World Masters regulation.
The two long glass rods have been replaced by two carbon reinforced ring-formers. These hold the pre-installed sockets for the new, short carbon rods, making the wing less flexible at almost no weight gain.
Due to the new turbine position the thrust tube is extended. For easy installation the large intake duct is split in two pieces. The front half is already installed in the fuselage, as well as the air intake lip, which is glued to the fuselage, leaving the builder no further work to do.
The nose gear formers are factory-glued into the fuselage, using the readily installed intake duct as a strong support
The tail, which is made in a very complex 4-piece mold, is installed, alligned and secured to the fin, leaving no additional work to the builder.
The wings have received a reinforced gear mount structure
The instruction manual is all new (and already completed on day one of the sales launch), reflecting all the new features of the kit
The new CARF-made Kevlar fuel tank fits between the main formers and holds almost 3.5 l of fuel (to be purchased separately

The most modifications have been done to the fuselage. The new fuselage features a modified engine position and load carrying formers. The front part of the 2-part duct is already glued in, holding the nose gear formers readily in place. The 4 part hatch allows much more convenient access to the equipment inside. A sliding canopy is now also very easy to accomplish. The thrust tube is adjusted in length for the new engine position.

The wings are large, light and have well reinforced gear mounting boards installed in the right angle. Gear doors come as separate parts and the skin hinged flaps are pre-cut. The two long rods across the fuselage are gone, they‘re replaced by 4 short studs instead.

The landing gear is an Intairco design, which fits in the plane perfectly. However, due to the difficult angles certain adjustments might be tricky to get right. An active support cylinder helps the main strut to retract and to stiffen the gear when taxiing on the ground. The nose gear has a new steering method, which makes it easy to install the steering servo behind the nose gear unit.  Landing gear sold seperatly as an accessory.

All other signature features of the CARF MiG-15 have been kept such as 100% scale outlines, the silver painted scale surface (russian style ;-), the flying characteristics, the low wing loading, the scale fidelity of its details and the scale landing gear. All in all a modern replica of a golden classic. The CARF MiG-15 is back!