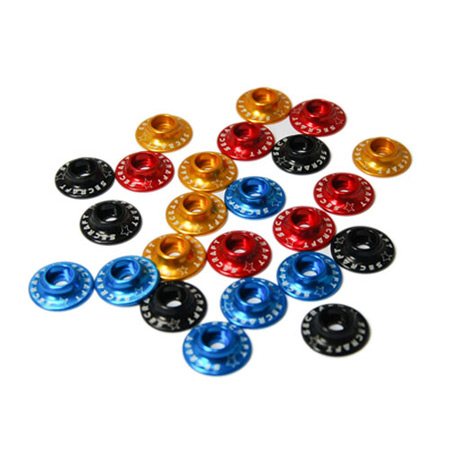 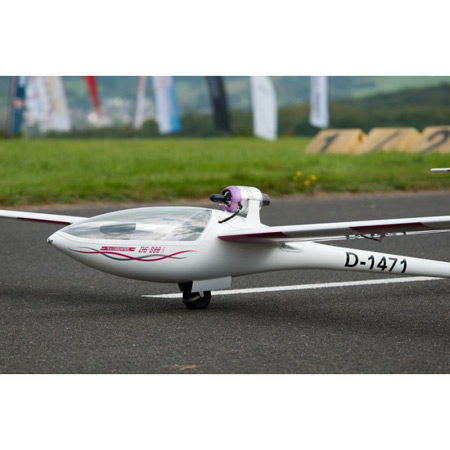 CALL TO ORDER for current pricing and shipping options

Now made with more details in brand new molds…

A Giant Scale, All Composite WWII Fighter Without Compromise.

There are two versions of the P-47 Thunderbolt out there, both very popular. One is the bubble canopy version, which had been created in the later days of the 2nd World War, so that the pilot had a better all-around view. But the real, characteristic Thunderbolt, built by the thousands, seen all over Europe during the war, was the so called “Razorback”. In homage to this historic aircraft, CARF Models has reproduced the P-47D “Razorback”.

Basically, we have started out with a thorough research and a precise CAD design, bringing several drawings and plenty of photos into one authentic creation of lines and shapes. We sized it all around the Moki 250 radial engine, always keeping in mind to stay safely below 25 kg flying weight. This resulted in a wingspan of 280 cm, respectively a scale of 1: 4.5, and an overall weight of 22-24 kg, depending on the equipment used and the detail added.

Initially, due to the complexity of the aircraft and the experience with our F4U-1D Corsair, we will offer our P-47 as an ARF plane only. All parts are composite, with silver surface and panel lines and rivets molded in.

Basically, all composite parts are prefabricated to the highest possible level. It’s only left for you to install servos and linkages to the already installed control horns, and bolt on your engine. Lets show you through the contents of the ARF version, which will take your breath away.

A scale landing gear with pneumatic extending main struts, compression link for shortening during retraction, and a steerable scale tail gear is available as well as the almost scale sized, absolutely impressive 4 blade prop with our alu hub and 30” carbon blades.

Long before “super-sizing” became synonymous with American culture, Republic Aircraft unveiled the P-47 Thunderbolt. An Alexander Kartvelli design, the P-47 was the largest single seat fighter aircraft of WWII. With eight .50 caliber machine guns and provisions for bombs, rockets and drop tanks, fully loaded, the Thunderbolt could weigh as much as 8 tons!
Although the obvious lineage to previous Kartvelli designs, the P-35 and P-43, is apparent, the P-47 was a completely new and much larger aircraft built to accommodate the most powerful piston engine at the time, the Pratt and Whitney R-2800 radial. In typical Kartvelli fashion, form followed function as the engine’s turbo-supercharger was buried in the belly of the beast, thus, creating its characteristic profile.

It is said the Thunderbolt was nicknamed “the Jug” by the British who considered the shape of the fuselage as similar to the glass milk “jugs” of the time; or because upon first glance, someone declared the ungainly fighter to be a “Juggernaut!” Whatever the origins, the name “Jug” is used to this day in reference to the P-47.
First deployed as a long-range escort fighter, the P-47 really came into its own when it transitioned to ground attack, amassing an incredible obituary of axis vehicles: In addition to bringing down 3,916 enemy aircraft, the Thunderbolt destroyed 6,000 tanks, 9,000 locomotives, 68,000 trucks and 86,000 rail wagons in 746,000 sorties of all types. In Europe, Thunderbolts flew more sorties than P-51s, P-38s and P-40s combined. In the Pacific, Colonel Neel E. Kearby of the Fifth Air Force destroyed 22 Japanese aircraft and was awarded the Medal of Honor for an action in which he and his Thunderbolt downed six enemy fighters on a single mission.

By the end of WWII, the 56th Fighter Group was the only 8th Air Force unit still flying the P- 47, preferring it to the more modern P-51. The 56th claimed 665.5 air victories and 311 ground kills, losing 128 aircraft in the process. Lieutenant Colonel Francis S. Gabreski scored 31 victories, including three ground kills; Captain Bob Johnson scored 27 (with one unconfirmed probable giving his tally as 28); and 56th FG Commanding Officer Colonel Hubert Zemke scored 17.75 kills. Despite being the sole remaining P-47 group in the 8th Air Force, the 56th remained its top-scoring group in aerial victories throughout the war – quite a testament to the deadly effectiveness of the P-47.

Fuselage readily built, wing mounts installed, firewall installed, cowling mounted, and all mounting provisions completed to install the Moki and its equipment. Even an engine dome with the exact mounting position and angles is provided. Rudder servo mount, fuel tank mount, equipment tray, all is built in or prepared to be bolted on. Canopy frames are also molded in two part molds, reinforced with a 3D-frame, which allows the scale sliding canopy mechanism to be installed (optional). A vacuum formed cockpit kit is also included, which can be additionally detailed and refined up to your desire.

The wings are the real masterpiece of this P-47. Especially the flap system. Various components of this 100% scale flap hinging system have to be installed even before the mold halves of the wings are joined. The complexity of the system awards with an impressive scale flap mechanism similar to a fowler system, extending wing area and lift as well as drag. Ready to install flap servos. The ailerons are hinged in scale manner, allow partial balancing and due to the hinge line outside the wing surface, the control horn and linkage can be fully hidden, too.

Tail gear mount is glued in, tail gear door is cut out and hinged, and stab and fin mounts are installed and aligned. The tail control surfaces are hinged, rudder control horns are glued in and a hidden elevator torsion linkage is built and readily installed. Even the bolts to secure it to the fuselage and to attach the elevators to the torsion linkage are preinstalled.

The wing is precisely prefabricated to accept a specially designed scale landing gear with no modifications. The gear mount is made from strong aircraft grade plywood and carbon plates, which will even withstand some serious abuse without damaging the internal wing structure. Gear doors are scale in shape and surface, made in two-part molds with structured inner surfaces as well. They are readily hinged and attachment points to the gear are prepared.

The retracts for the CARF-P-47 are as sophisticated as the whole airplane. They have been designed by Sierra Giant Scale in collaboration with CARF, to fit specifically our plane. The scale strut is not only retracting, it is also compressing during the retraction process so that the full scale length when extended is available, and still the compression during retraction allows the scale strut and wheel bay position in the wing.

In order to compress the strut all the way, the oleo must be partially an air piston, where pressure is released when the gear is cycled. As a side effect, once the radio is switched off, the plane sinks into the struts just like the real one, where the fading hydraulic pressure made the plane sit low when the engine and hydraulic systems were switched off. A scale gimmick, as extraordinary as the whole plane.

Against the scale mains, the tail gear seems quite regular and un-exciting. Working flawlessly and reliably. The light weight design keeps the tail light, so that no additional nose weight is required even with a lighter engine.

The engine of choice is undoubtedly the Moki 250 Radial. For this engine a perfectly matching engine dome is included in the kit. Attachment positions are predrilled, not only for the engine itself, also for the accessories such as ignition, throttle servo and exhaust stacks. The thrust line is set in the motor dome, anticipating that the Moki 250 and the CARF 4 bladed 30” prop is used. For this engine choice a specific equipment tray is included in the kit, which allows to install the equipment further towards the tail of the airplane without requiring balance weight.

The more economical option would be the use of 100-120 cc flat twin or inline twin engines. There is a huge array of engines available on the market, but we’d recommend the DA-120 and the DA-120R. Both engines will fit and will power this airplane with authority, even though they would not spin the 30” CARF scale 4-blade prop. A different, but also included equipment tray will be used in order to place the equipment as far forward as possible, so that here, too, no additional balance weight is required for the optimum C of G.

Its real qualities, the CARF P-47 Thunderbolt will show in the air. What a powerful and monumental appearance. This airplane represents in the air absolutely like the real thing. It is extremely stable, at the same time versatile and maneuverable. The wide speed range and the absolutely smooth stall characteristics make it a pleasure to fly. The ground handling is very good, too. This is due to the wide gear track and the long fuselage. Even though a tail dragger, it even is very manageable on tarmac runways, too.

As you will see, it is almost impossible to put more prefabrication and performance into a warbird than we managed to do with our P-47. This is the plane leading the industry standard from now on in regards of design and prefabrication and flying performance. It’s the new flagship of the CARF warbird line, our pride and joy.

We chose the way of zero compromise. This ARF version is truly ARF and doesn’t leave any guess work to you. However, this does reflect on the price and we hope that we made the right decision by carrying the meaning of “ARF“ all the way to the end. Please accept our approach and appreciate the enormous value your money will buy when purchasing this airplane.

Be the first to review “P-47 Thunderbolt Razorback 1:4.5” Cancel reply